Our experienced speakers are in great demand and have given talks in places as far apart as Coventry, Croydon and Yeovil. Our talks score very highly for audience satisfaction and some groups even book a regular annual talk. 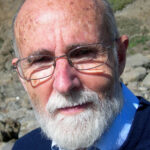 Richard Poad
Richard Poad’s interest in history and architecture began when he was at school. He studied Modern Languages at university, where he also learned to fly – which led to a 33 year career with British Airways. He keeps a narrowboat on the Thames at Cookham, and has navigated many of the canals and rivers of England over the last 35 years. He has been Chairman of Maidenhead Heritage Centre since its inception and was responsible for the Air Transport Auxiliary exhibition which opened in 2011. He is delighted that the centre has become an essential part of Maidenhead’s cultural life and gives over 30 talks every year. 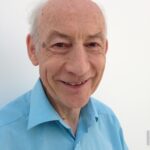 Keith Parry
After thirty year’s research experience in the agrochemical industry, Keith ‘retired’ to develop his interest in history gaining a Diploma and then a M.Sc. in English Local History at Oxford University. He is a voluntary researcher for the Maidenhead Heritage Centre giving public lectures to various societies on the Centre’s behalf. He also answers queries to The Heritage Centre from the public.
He engages in academic study, giving lectures at Oxford University and to historical societies. His first history research publication appeared as part of The Historical Atlas of Oxfordshire.  He is now working on the history and maintenance of a number of early wooden bridges over the river Thames.  He is currently Chair and Secretary of Windsor and Maidenhead Badminton League.