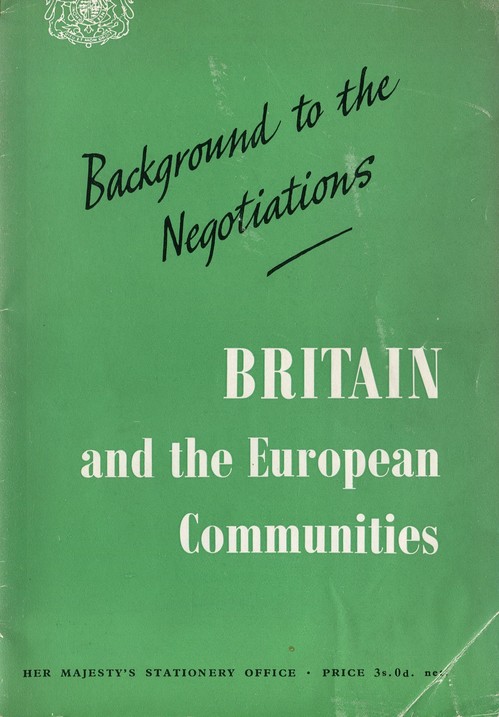 The 1950s were a period of transition for the United Kingdom, as the British Empire was dismantled and the economies of continental Europe recovered from WW2. Although not one of the original six members of what became the European Economic Community, the UK applied to join in 1961.

We have a booklet in the collection published by HMSO that explained the background to the negotiations. You can read it in full by clicking the image.

President de Gaulle of France eventually vetoed the UK’s application, fearful of indirect American influence and suspicious of free trade. It took until 1969 and de Gaulle’s departure for a second attempt to succeed.