Inspirational women from a century of Maidenhead life were under the spotlight (July/August 2019).  Nick Forder, curator at the town’s museum, put together a fascinating exhibition which included suffragette Victoria Simmons,  Nancy Astor (the first woman to take her seat in parliament), Joan Hughes (one of the first women to join Air Transport Auxiliary), Agnes del Riego (the first woman scoutmaster), Baroness Shreela Flather (the first female Asian mayor), Theresa May (the UK’s second female Prime Minister) and other prominent women who could be inspiring role models for the young women of today.

The exhibition was divided into specific sections to make it easier to navigate with a slideshow for each section:

Theresa May MP opened the exhibition on her final day as Prime Minister, and added her famous “kitten heels” to the display. 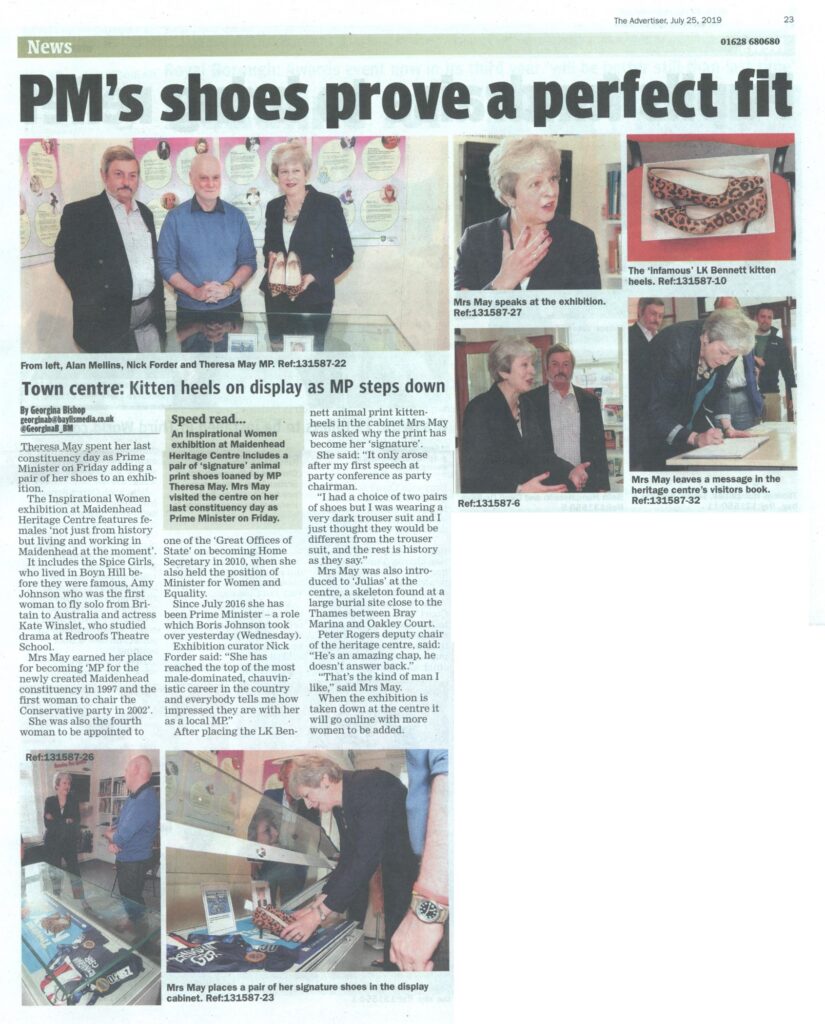