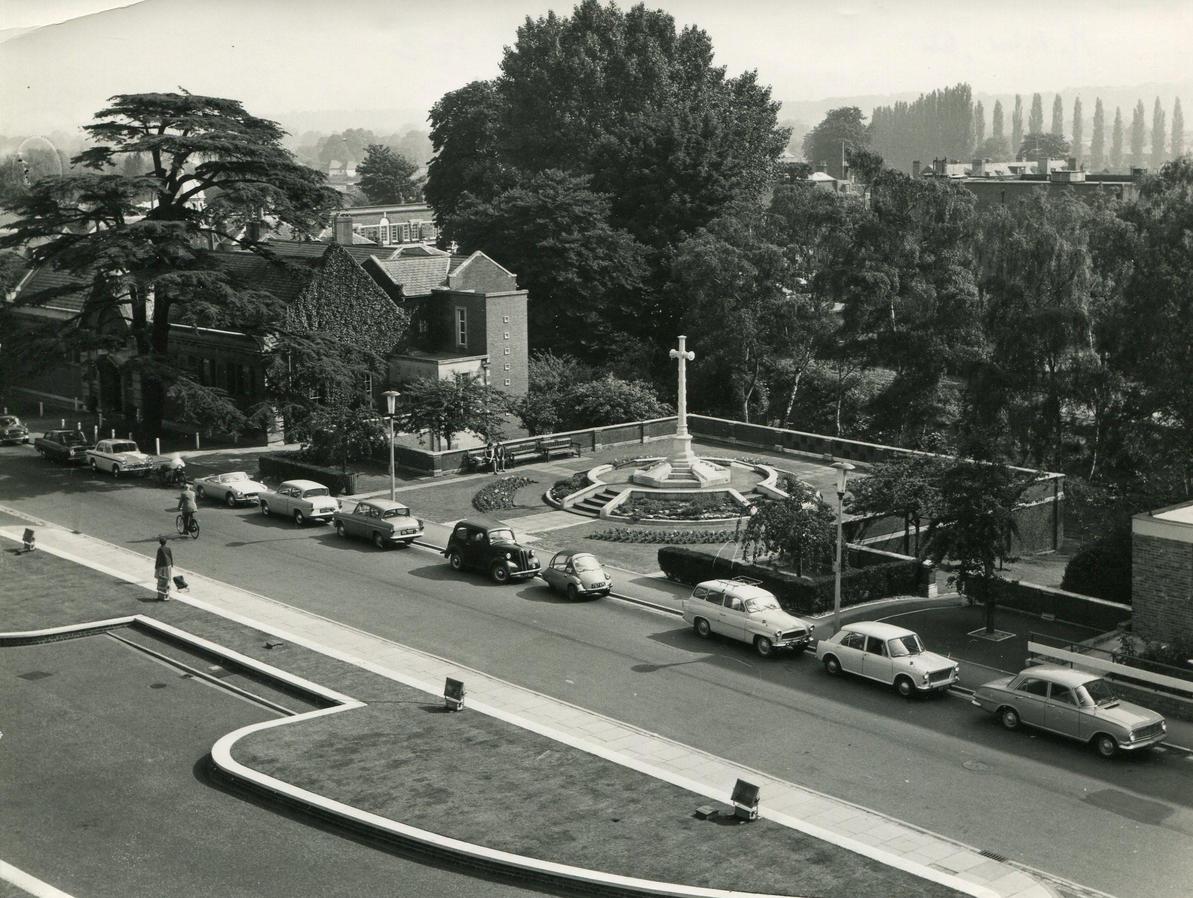 Memorials to the Fallen of the two World Wars 1914-1918 and 1939-1945 are dotted around Maidenhead and nearby villages. Some no longer survive, but we know of thirty that have existed. What was the story behind the erection of these memorials?

Maidenhead resident Leslie Ritson-Smith did extensive research into the background between 1998-2012. He investigated the process for identifying the names – and uncovered various flaws which resulted in huge numbers of war dead being left off.

Riston-Smith writes “In a Special Meeting of the Town Council held on the 18th. of November 1918, it was decided that the Memorial was to include all those who died from not just Maidenhead, but Bray and Cookham parishes as well. Whilst the authorities in Maidenhead wasted time, according to many contemporary residents, in deciding where to place the memorial (May 1920), how much it was going to cost and so on, Bray, Holyport, Cookham and Cookham Dean announced that they were going to erect their own memorials. This they achieved some time before the Maidenhead memorial was finally unveiled on 5 December 1920, and indeed most of the local churches and schools also had their own memorials in place as well. Thus, by the time names were being compiled for the Maidenhead memorial after June 1919, many of those eligible were already destined to be commemorated elsewhere. On the other hand, the delay meant that names could be included of those previously posted as Missing In Action and also of those who succumbed to their injuries postwar, especially those who had been gassed. This also resulted in names being omitted from those memorials erected earlier.”

873 WW1 dead are commemorated across the 30 memorials, and 351 WW2 dead. However, Ritson-Smith argues this is a significant under-recording of the real numbers. The process for collecting names relied on there being relatives still alive who could be contacted by post – and who used the right form to respond. Others were included who had little connection with Maidenhead, perhaps because they signed on in Maidenhead or eventually succumbed in a Maidenhead hospital.

Leslie Ritson-Smith’s researches were collated into a PDF file and lodged at Maidenhead Heritage Centre. View here (opens in a new tab)

berkswm.org is a specialist website to discover more about these memorials.

The Imperial War Museums have a Lives of the First World War website to help you research individuals.

The Commonwealth War Graves Commission, based in Maidenhead, has a website with useful search tools, and covers WW2 as well.