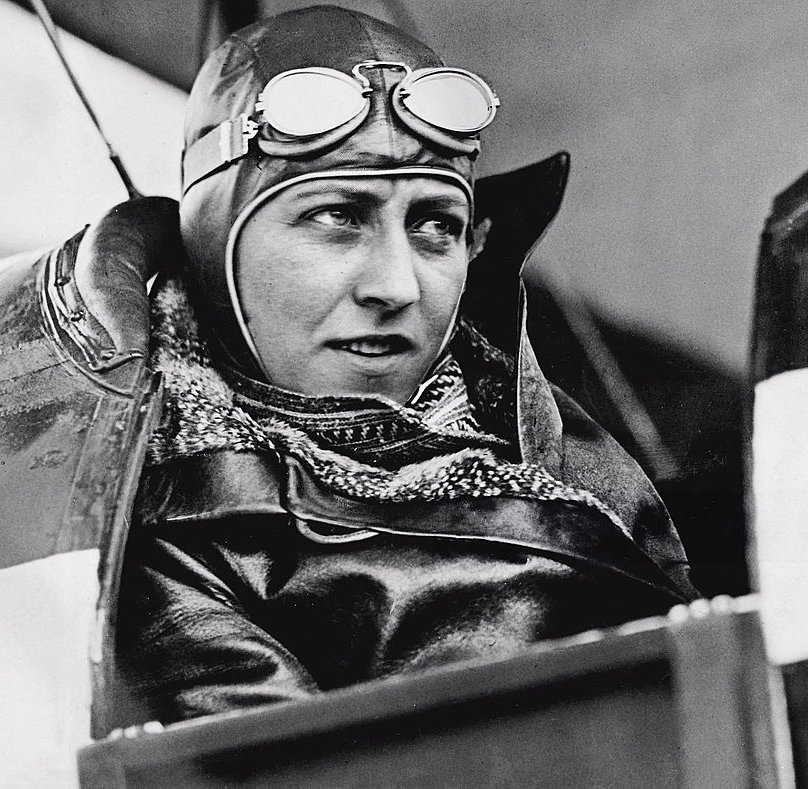 Famous for her mysterious death, Amy Johnson was also a key figure in the ATA at White Waltham.

After gaining a BA degree at Sheffield University, Amy tried a number of jobs but was unsettled, and had her heart set on a career in aviation. In 1928 she joined the London Aero Club and became the first woman to be trained as a ground engineer.

Lord Wakefield’s oil company sponsored her 11,000 mile solo flight to Australia in 1930, in a DH Gypsy Moth called Jason, which was paid for jointly by her father and Lord Wakefield. Amy was the first woman to achieve this.

At the outbreak of World War 2, the MOD requisitioned White Waltham aerodrome, and it was used by the Air Transport Auxiliary (ATA) to deliver planes from the storage bases to the airfields. Amy volunteered for the ATA and was based at White Waltham.

Mystery enshrouds her death in 1941. The plane she was flying, an Airspeed Oxford, crashed into the Thames estuary and her body was never recovered. It was rumoured that she had been shot down by enemy fire or was on a secret mission.