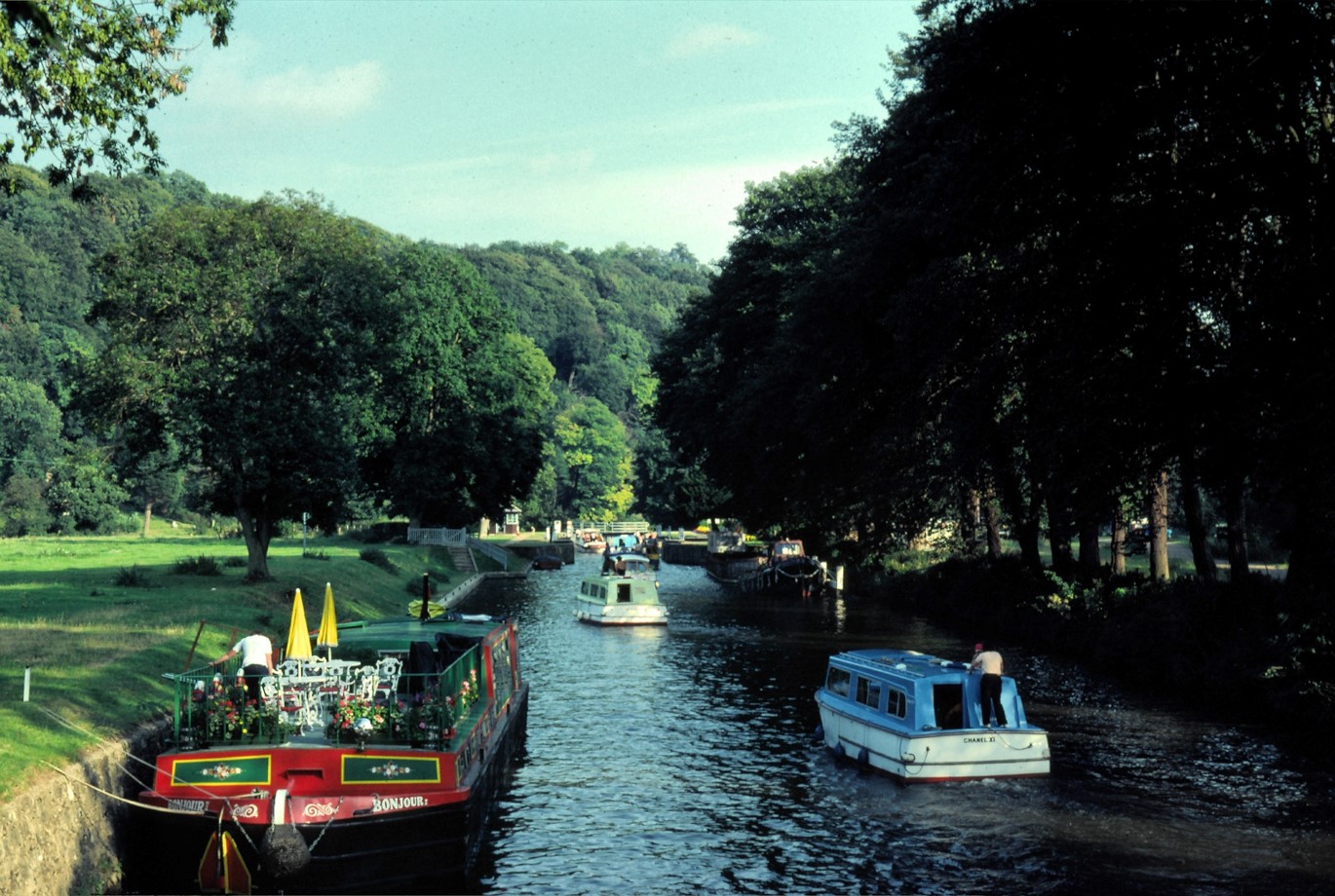 Tickets are now available for our 5-hr River Thames Cruise on Tuesday 6 September, departing Maidenhead at 10am and returning at approx. 3pm.  Full details are available on the Shop page https://maidenheadheritage.org.uk/shop

We are recruiting for a new part-time Heritage Centre Manager, to work 20-25 hours per week by agreement.  To discover more about this exciting position, please click here or contact us via email

Relocation on the horizon?

Maidenhead Heritage Centre is in negotiations with the Royal Borough of Windsor and Maidenhead which could lead to us relocating to the former SportsAble building at Braywick.   The building is significantly larger than our present building in Park Street and at long last would offer us the space to deliver our vision for a bigger, better Heritage Centre as a destination attraction and as a resource for the local whole community – from schools to day centres and care homes. It would enable our newly received 100-yr old veteran car built by GWK on the Cordwallis Estate in Maidenhead to be properly displayed along side the historic 18th century Bray fire engine and a World War II Cheetah aero engine.

Our trustees are sure that with goodwill on both sides a satisfactory agreement on the all-important terms and conditions can be reached. 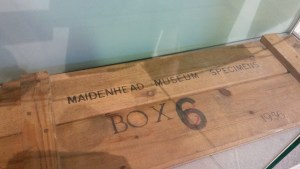 Six wooden crates contain archaeological material from Maidenhead’s past, including flints, bones and  large quantity of Roman pottery shards. However, these artefacts had remained in the crates untouched since 1956, when they were packed away by the Heritage Centre’s predecessor, the Maidenhead Museum. Following the Museum’s closure a few years later, the crates passed into storage with the Royal Borough collection, before returning to Maidenhead this year.

Ibraheem (a student at Desborough College)  was tasked with carrying out an “audit” of the artefacts: “I found myself sifting through boxes of artefacts presented to the museum that had been gathering dust since the 1950’s. I had been given a broad description and demonstration of how a typical audit is carried out, what followed was a wash rinse and repeat cycle of carrying the boxes, organising what they contained, labelling their items, listing of misplaced or absent pieces and photographing them for the museum’s catalogue.” 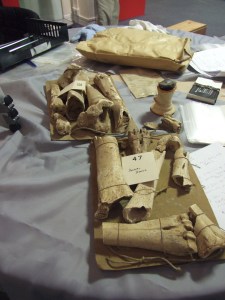 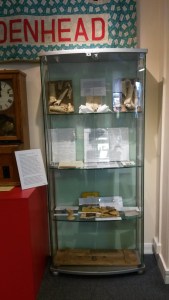 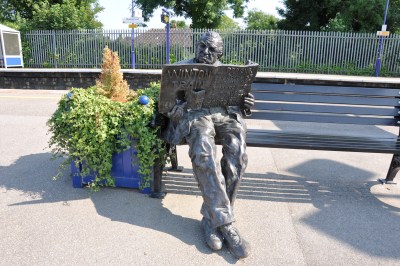 Our “Evening with the War Poets” on 26 May was great success, with a near capacity audience at Norden Farm’s Studio. War poems were read – and sung – by Great Dixon, Edward Dixon and David Hazeldine, with our chairman Richard Poad acting as master of ceremonies. A replica of the uniform of Julian Grenfell DSO, Maidenhead and Taplow’s own soldier poet, was kindly loaned by SGI-UK at Taplow court. The uniform was lit dramatically, standing in a circle of red poppies in honour of Julian Grenfell, who died of wounds exactly 100 years ago on 26 May 1915.

Mr Cooper gets a nose job!

This fine terra-cotta bust of John Kinghorn Cooper, founder of the Pinkneys Green Brick and Tile Works, has just one on display alongside some of his brick and terracotta products. The bust was sculpted in around 1877 bu Mr Cooper’s son Walter, and erected on Queen Anne House at the bottom of Castle Hill. Salvaged when the house was demolished in 1972, the bust has suffered some damage during 40 years of storage. Thanks to a grant from the AIM Conservation Scheme, it has been restored by specialist conservator Sarah Peek of Brighton.

The decorative roof tiles and finials from Pinkneys Green can be seen on rooftops all over Maidenhead, especially in the Furze Platt conservation area.

Do come in and see this wonderful relic of Maidenhead’s past.

Richard Poad (Chairman of the Heritage Centre) is seen here presenting Trevor Jones with a picture and something in a bottle! Trevor moved back to his native Wales on July 15th. Trevor was one of the early people to help get the Heritage Centre off the ground 20 years ago. Thanks for all you have done Trevor. And we wish Trevor all the best back in Wales.

On Friday May 10th 2013 supporters of Maidenhead Heritage Centre gathered at Hall Place, Burchetts Green for a 20thAnniversary Celebration Dinner. Attended by the Mayor and Mayoress of Windsor and Maidenhead and by The Right Honourable Theresa May MP.

Proposing a toast to Maidenhead Heritage Centre, Mrs May congratulated all its volunteers on turning what began as a 6 month experiment in 1993 into a valued part of Maidenhead’s cultural scene. Confirming that for her “heritage matters”, she praised the temporary exhibitions staged at the Park Street venue for helping to inspire Maidonians of all generations about the history of their town.