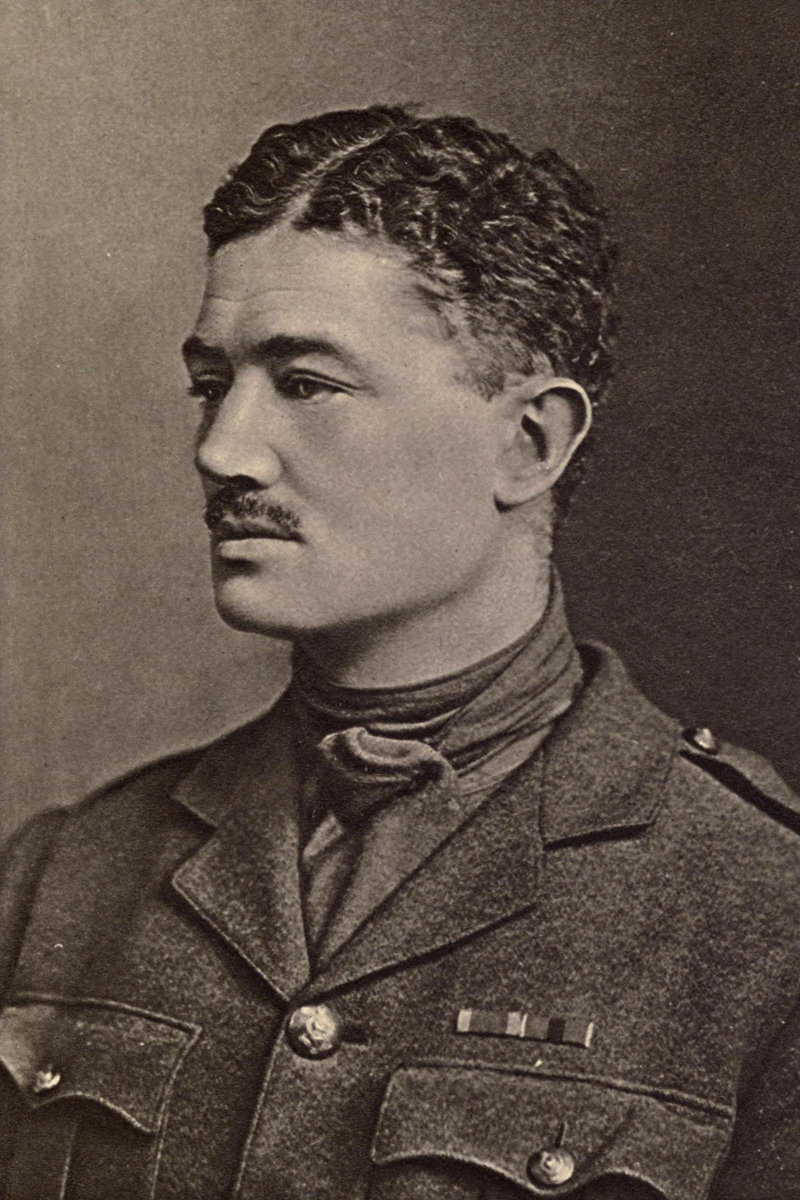 Soldier and poet, tragically killed in the Great War.

Julian Grenfell, the eldest son of William Henry Grenfell (later to become Lord Desborough), was born in London in 1888. He was educated at Eton, where he won a prize for Latin verse, and wrote for and edited the ‘Eton College Chronicle’ and ‘The Outsider’.

He then went to Oxford University, where he rowed and hunted and was considered a ‘golden boy’, before becoming a soldier in 1910, joining the 1st (Royal) Dragoons. He was initially stationed in India and then South Africa. He continued to write during this time, and the poem ‘To A Black Greyhound’ expressed his love of animals and nature.

When war was declared in 1914, the 1st (Royal) Dragoons were stationed in France. Grenfell was promoted to Captain, and on 1st January 1915 he was awarded a Distinguished Order Medal. However, in May of that year he was killed, when he was hit in the head by debris from a shell. He was buried in a military ceremony above Boulogne. His most famous poem, “Into Battle”, was published in The Times the day after his death, and has since appeared in many anthologies.

In 1985, Grenfell was one of 16 Great War poets who were commemorated on a stone in Poet’s Corner of Westminster Abbey.